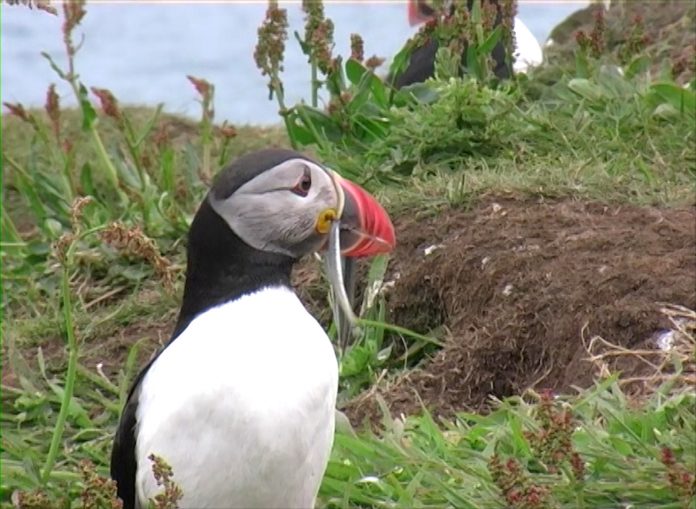 There I was, walking across the doughnut – (yes) shaped BBC Television Centre at Shepherds Bush, London.  I was carrying a basic plastic shopping bag and many thoughts in my head.  I’d come up for a meeting which was to influence my career forever.  Then a window opened on the 6th floor – the revered level of BBC executives, and someone shouted “Come on up Richard”.  It was David Attenborough, already high up in the hierarchy and destined to rise further.  (Incidentally, I later discussed a project in the gents, side-by-side (on that famous 6th floor), with a controller (Paul Fox) getting a programme for BBC1 up to “Around the World In 80 Minutes”.  It was a different scene back then.)  Anyway, back to David Attenborough.  I reached the 6th floor, past two formidable (and suspicious) assistants.  We got the maps out.  Secretly, we were planning a trip, for the BBC Natural History Unit in Bristol, to Borneo – at that time hardly known.  David left the BBC.  I returned to Bristol as an inexperienced “assistant” and the rest is history.  Bear with me…to see how the publics’ and my attitudes have changed.

Then came Life on Earth, the greatest natural history story never (yet) told.  Three years – from the most extraordinary places, creatures and what turned out to be the first “landmark” series from the Natural History Unit.  Back then, some 40 years ago we didn’t have (or need?) the C = conservation word.  But then the reality started to appear.  In a classic case, one presenter said she would only make her series if the BBC agreed to include what was happening to the habitat where the animals lived.  That seemed to be settled, but, lo and behold, when her series was transmitted all the “gloom and doom”, so terrifying to the BBC executives, had been excised; so, no truth about the future of gorillas, chimpanzees and other primates (and us by the way). Good news…on BBC 1.  Bad news…effectively lying.  Ratings were the winners apparently.  I blame the commissioners for some of those problems we all face today.  At the time it therefore seemed all was well in the rainforest and the 6th floor seemed happy too.  But they were wrong.

Yes, budgets were increased, ratings got better, as the lying continued.  Lovely glossy films, in my view, were misleading viewers (with David Attenborough’s famous soothing tones), implying the Serengeti was an endless wilderness covered in wonderful big game, the sea was populated by cute seals, and sharks were always “ruthless predators”, “deadly killers” and National Geographic still promotes that image, to the detriment of, now, those endangered magnificent creatures.  Eventually the truth came out.  Planet Earth is threatened, not by sharks, but by us.  The Planet series was slow on this, preferring to depict the wild regions as untouched, untamed.  But it’s turned out to be untrue too.

While all this was happening, or rather unhappening, the planet was, eventually, being revealed by the truth, for so long a lie to millions of viewers around that planet.  At last, the famous “plastic sequence” reached the public and started changes which have reverberated around the world.  But it may be too late – not only for whales, dolphins and everything – and us.  Next?…

The C-word came back.  I’m not sure that the commissioners in TV Centre knew what it was, but they guessed it might be good for those essential ratings.  So, almost all of a sudden, we wanted to know about the future of planet Earth.  Way back, Life on Earth didn’t need to know or show.  From a paradise, to “climate/crisis/emergency and serious concern” (except Donald Trump) – that’s happened in a comparatively short time in terms of life on Earth.  Yes, you must know before you care about the planet’s wonders, Greta Thunberg tells us – with the facts today. 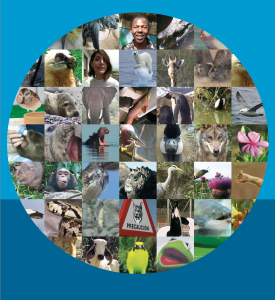 So, since my first meeting with David Attenborough, way back then, the picture/pictures on the screen have changed enormously.  I’ve made some 100 films about the good news and bad… Wildlife Winners and Losers– how to turn losers into winners.  It’s been fascinating to see the amazing frogs, wolves, salmon, tuna, turtles, crocs, chimps, and lions and the fragile places they inhabit UK, Dubai, Turkey, Kenya, Galapagos, Antarctica, Costa Rica and Florida.

Independently, I’ve taken the opportunity to challenge large corporations whilst not having, or needing, a huge budget – Fur and Stupid People. These days anyone can make a difference.

Planet Earth could go either way and we’re on it.  Please watch my (100+) films to find out how you can help www.brockinitiative.org.

Diary of a Ghost Net

The Dragons of Formentera – PART TWO

What Britain buys and sells in a day