And the Wildlife Winners are…

I’m wildlife filmmaker and producer Richard Brock. For many years I worked for the BBC’s prestigious Natural History Unit alongside David Attenborough. My series “Wildlife Winners and Losers” looks carefully with well-documented evidence at these changes – past, present and particularly the future.

Using previously unseen footage from the recent past we bring the story right up to date and try to look forward as to the winners and the losers we might expect – and why. As far as I know, no one has done this so deliberately around the world with so many species and places. In the 80+ shortish films recently finished in 2017 we find many examples of winners, or, at least those trying not to be losers!

The natural world is changing very quickly now. The clock is ticking faster and faster. Some species are winning, some are losing. 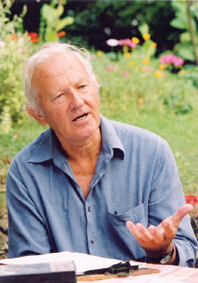 You must learn one thing. The world was made to be free in. Give up all the other worlds Except the one in which you belong.

So, here FOR FREE are films to use as AMMUNITION to help save the planet.

Be the change that you wish to see in the world

I have had encouragement from many people working all over the world.
Harriet Nimmo, Former Chief Executive of Wildscreen, says “A laudable, applaudable and inspiring Initiative. Please let me know if I, or Wildscreen, can help in any way. Wishing you continued success.”

Do you feel, increasingly, that there’s a new need to explain to people the plight of wildlife, and the planet, which we all depend on?

Now’s your chance, for free, to get the message out there around the world. Help distribute hope and knowledge with Wildlife Winners and Losers – how to turn losers into winners.

These films are yours to view and, please pass on – see Brock Initiative YouTube

It’s a call to action! A unique opportunity to help the planet!

“We’ve been celebrating nature by bringing its wonders to the TV screen all over the world. Now that world is changing, faster and faster, and nature needs help. Films can do that, at a local level, be it with decision makers in the government or in the village.”
Richard Brock Founder of the Brock Initiative

What you can do:

“Richard’s interest in and concern for the natural world has resulted in the formation of the Brock Initiative. He and his team intend to reach people locally in order to make a difference on the ground. I wish him every success.”

Any More Dodos? – Part One

Vultures – Cleaners from the Skies PROMO

Crowned Eagle – The “King of the Forest” PROMO