As part of the BBC’s prestigious Natural History Unit, wildlife filmmaker Richard Brock has witnessed the changing threats to the natural world first hand. His credits include work on the landmark series Life on Earth and The Living Planet alongside David Attenborough.

Richard says, “Some years ago when I was in the renowned BBC Natural History Unit in Bristol I was getting more and more angry that some programmes were basically “lying”. I even said that to David Attenborough, perhaps not a great career move. But there was a definite reluctance to show much at all about what was really happening to the planet. In fact, any “gloom and doom” was rejected by the commissioners – in their apparent wisdom. Indeed, the series Blue Planet (One) was shown in full on BBC1 but the truth, in the last episode, was hidden away on BBC2. In the USA, where that last episode “Deep Trouble” was not shown at all, a potential donor to charity said he’d seen the series, as shown, with no problems visible in the oceans. Now, years later, David tells it as it really is – plastics and all. What a difference the truth makes.

He explains, “My series “Wildlife Winners and Losers” looks carefully with well-documented evidence at these changes – past, present and particularly the future.

Using previously unseen footage from the recent past we bring the story right up to date and try to look forward as to the winners and the losers we might expect – and why. As far as I know, no one has done this so deliberately around the world with so many species and places. And you can help too…

With films across over eighty subjects, we find many examples of winners, or, at least those trying not to be losers!”

My Wildlife Winners and Losers series shows that films can be made – with basic footage filmed on any device – to help get the word out about conservation.

“There is still time to save the planet. My Wildlife Winners and Losers series is my contribution.

Now it’s your turn. Watch these free films. Choose from these 80+ films of different lengths to inspire you to take action.

They’re free to watch and share with as many people as possible. Use the Series to give you ammunition to help save the planet.” 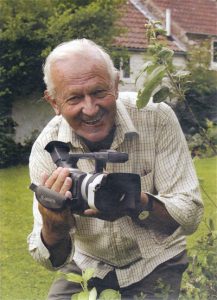 All this is free for use anywhere around the world in my attempt to help the planet and its wildlife.

The main idea is that social media will enable people to spread the word using these Wildlife Winners and Losers films as “ammunition” at a time when I believe they are particularly needed.

With so many, and such a variety, it is easy to put together a mix-and-match permutation, under various headings and many aspects of conservation e.g marine, plastics, Africa, tourism, wetlands, rainforests, big corporations, human conflict, etc. – how to turn losers into winners.

ABOUT US
There is still time to save the planet. Watch these free films. Choose from 80+ films of different lengths to inspire you to take action. They’re free to watch and share with as many people as possible. Use the series to give you ammunition to help save the planet.
Contact us: RB@brockinitiative.org
FOLLOW US
© COPYRIGHT Richard Brock | The Brock Initiative | Living Planet Productions 2017+