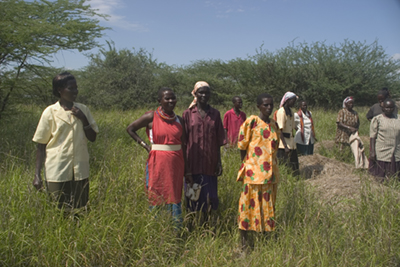 Background
I decided to start Brock Initiative projects at Lake Bogoria and Lake Baringo in the Kenyan Rift Valley as I had worked in the area before and had a good idea of the environmental issues in the area. As in many areas the big problem there is overgrazing by goats. As goats are seen as a status symbol people keep more of them than is sustainable which has lead to environmental degradation and erosion problems, especially in Baringo.

The Films
Before starting filming I went to visit 10 schools in the area around Lake Bogoria to show the children some of the films made at Lake Naivasha and get their feedback on which they liked. All the films were very popular but they especially enjoyed those which featured other schoolchildren, preferably singing. Even after having seen the videos only once they could sing the song and I even heard them singing it in the village two weeks later. This is why I decided to ask several of the schools to write songs about Lake Bogoria and environmental conservation. We discussed the ideas in more depth with the Wildlife club members and teachers and the schools came up with some great songs, some of which i will now incorporate into the videos.

Collaborators
At Lake Baringo I met Murray Roberts and Elizabeth Meyerhoff who have been working on environmental rehabilitation of the degraded lands for 23 years and have founded the Rehabilitation of Arid Environments Trust. As they do great work I decided to make a film in collaboration with them, which I finished in time to show at a very sucessfull Community Film show which we organised. During the 6 weeks I spent in Kenya I showed the Brock Initiative films to more than 2500 schoolkids and community members.

I am now working on several more films, focusing on alternative ways of generating income in dryland environments, rather than keeping goats, as well as the conservation of swamps and acacias.

I am very grateful to Dr. Harper who is the Principal Investigator of the Earthwatch “Lakes of the Rift Valley Projects” and organised for me to be sponsored to join the Earthwatch projects at Lake Bogoria and Lake Baringo to work on the films. Through the Darwin Initiative Dr. Harper has been able to organise a variety of educational activities relating to Lake Bogoria and it was a fantastic opportunity to be part of the Earthwatch team. His wife, Maureen Harper, has worked with the schools around Lake Bogoria for several years which gave me the added advantage of having good contacts with very enthusiastic teachers and students and transport to remote schools.
http://www.kenya-rift-lakes.org

Working with the RAE Trust at Lake Baringo was a great chance as the RAE Trust has been actively and very successfully working on environmental rehabilitation in the area for many years. Together we were able to make a film which they were very enthusiastic about and will use in their extension and training programme. Murray Roberts and Elizabeth Meyerhoff and the entire RAE team invested a lot of time into the project and judging by the feedback from the community film show it has been a very successful collaboration. www.raetrust.org 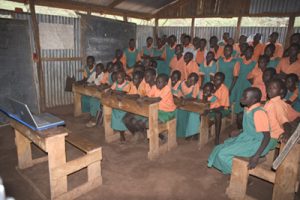 Outcomes
During the 6 weeks I was in Kenya I showed the Brock Initiative Films made at Lake Naivasha to more than 2500 people in the communities around Lake Bogoria and Lake Baringo.

We got a lot of positive feedback from the filmshows and people are very excited about seeing more films and contributing to films made in their area.

How To Beat The Big Boys – PROMO

Diary of a Ghost Net PROMO

Fur and Stupid People – The Downs and Ups of The...

Don’t Cry Wolf You May Be Winning

Wild Thames – Wild London: the famous river that you don’t...